Only the males have antlers. The first and second set of antlers are unbranched and short (5–12 cm or 2.0–4.7 in), while older bucks in good conditions develop antlers up to 20–25 cm (8–10 in) long with two or three, rarely even four, points. When the male’s antlers begin to regrow, they are covered in a thin layer of velvet-like fur which disappears later on after the hair’s blood supply is lost. Males may speed up the process by rubbing their antlers on trees, so that their antlers are hard and stiff for the duels during the mating season. Unlike most cervids, roe deer begin regrowing antlers almost immediately after they are shed.(wikipedia) 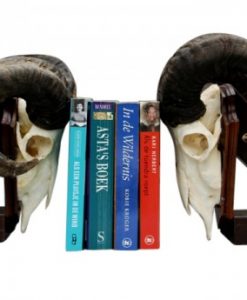 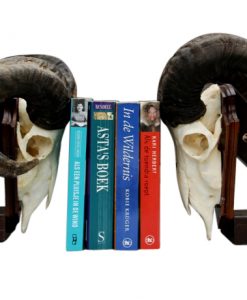 Natural book-end made of wood and ram trophy 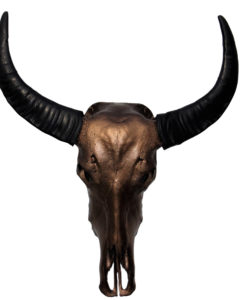 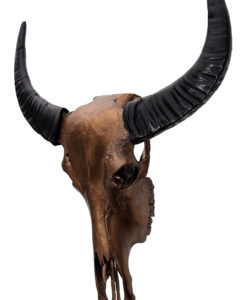 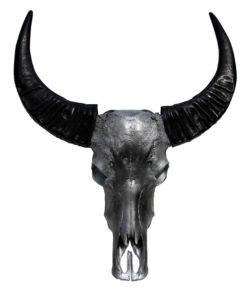 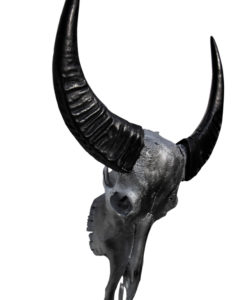 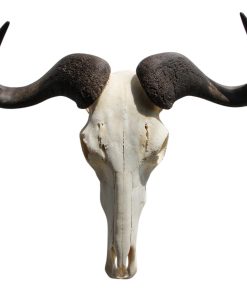 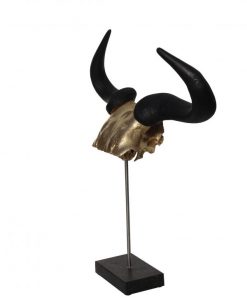 wildebeest on pedestal with marbel foot 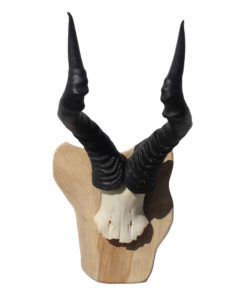 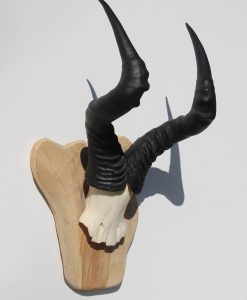 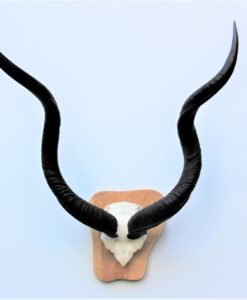 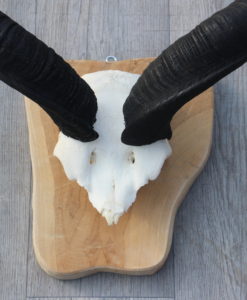